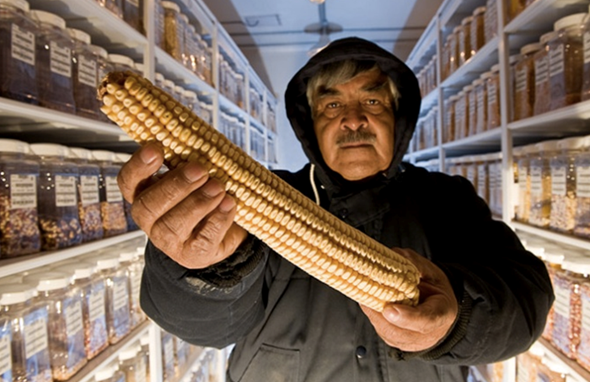 Jala maize from the Nayarit state of Mexico. Photo: CIMMYT.

The Food and Agriculture Organization (FAO) estimates that cereal crop outputs will need to increase by 70% by 2050, which will require a considerable acceleration of the rates at which global crop yields have been increasing in the past. This is a formidable challenge given that changing environments are increasingly affecting agriculture through eroding soils, greater heat stress, new diseases and pests, and more frequent droughts and other extreme weather events.

SeeD is a strategy to seek solutions in the area of genetic resources. Amidst a declining agricultural resource base,genetic resources offer perhaps the greatest untapped opportunity to continue increasing yields, probably second only to improved agronomic practices. 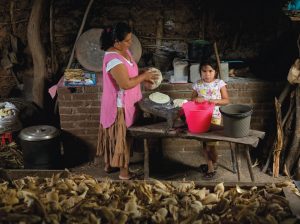 A woman and her daughter make tortillas in Oaxaca, Mexico. Photo: CIMMYT.

Mexico, alongside countries like India, may be one of those countries most severely affected by climate change. Mexico’s food self-sufficiency is at risk—a risk that is exacerbated by the fact that maize and wheat prices are set on a global scale and could rise substantially due to shortages caused by the effects of climate change, at the same time that the country would need to import more food. The challenge is global and so requires global solutions. 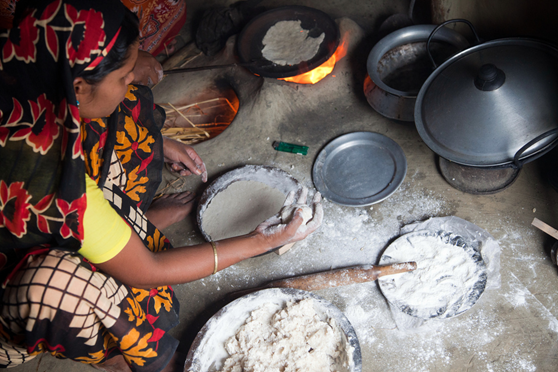 Mexico, as the center of origin of maize and the home of the Green Revolution has already contributed greatly to global food security. It also has a lot to gain from better utilizing the large maize and wheat germplasm collections it hosts. SeeD applies cutting-edge genetic-analysis platforms, in combination with an evaluation of agricultural traits under field conditions, to systematically characterize and utilize these genetic resources for the benefit of Mexico and mankind.

Philosophy of our approach
About SeeD